Cambrils center offers a number of options for leisure: bars, restaurants and shops. A city where culture, leisure and fun are guaranteed!

Cambrils is a coastal municipality of the Baix Camp in the province of Tarragona. Traditionally it has been considered that consists of two cores, the city (Old Town Cambrils) and port. Today these two cores, thanks to the latest urban growth, are fused and fully integrated into a single urban center, although some sociological and architectural features differentials still remain.

The core of the village has been expanded with the new districts the Parellada, the Pinaret, Raval de Gracia, Eixample de la Villa, the Palissa or the Barri del Mercat, the Nou Cambrils; while the Port has done with Eixample the Port or the Barrio de la Roda, El Prat de Fores, Cambrils Badia, Cavet, etc.

As a cultural part of the old town include the Portal, the Walls, the Plaça Espanya, Plaça del Setge, the Church, the History Museum and the Agricultural Museum.

The portal of the main street is one of the entrances to the ancient walled city of Cambrils, which was restored in 1932 by César Martinell. A tower, known as Tower of Jail, as it functioned as such for a while is also preserved.

Espanya Square is the old Town Hall and center of many of the festivities of the population. It is a quiet area where you can walk and eat away from the crowd the harbor.

Setge Square commemorates one of the bloodiest events experienced in the city, the siege undertaken by the troops of Felipe IV during the 1640 Battle of Cambrils resulting in hundreds of dead neighbors in the heat of battle or captured and executed later .

A semi-buried sickle remembers this episode. It has a height of three meters and a diameter of four and is built with very hard wood and untreated iron to rust naturally. It is the work of sculptor Enric Pladevall.

The parish church is dedicated to Santa María. Its construction began in 1550, it is a single nave and rectangular. This Renaissance building was built with stones from the quarry of Montjuïc, in Barcelona. It has three naves and a crypt. Attached is an old watchtower.

The Molí de les Tres Eres Museum is the headquarters of the Museum of History. Here you can discover its archaeological remains found in the municipality, of which highlights a set of bronzes from the third century AD You can also see a spectacular hydraulic flour mill in operation.

The old modernist wine cooperative designed by architect Bernardí Martorell, disciple and collaborator of Antoni Gaudí, presents the evolution of the peasantry in Cambrils, especially in the process of obtaining oil and wine. The old winery wineries are also the scene of several temporary exhibitions. 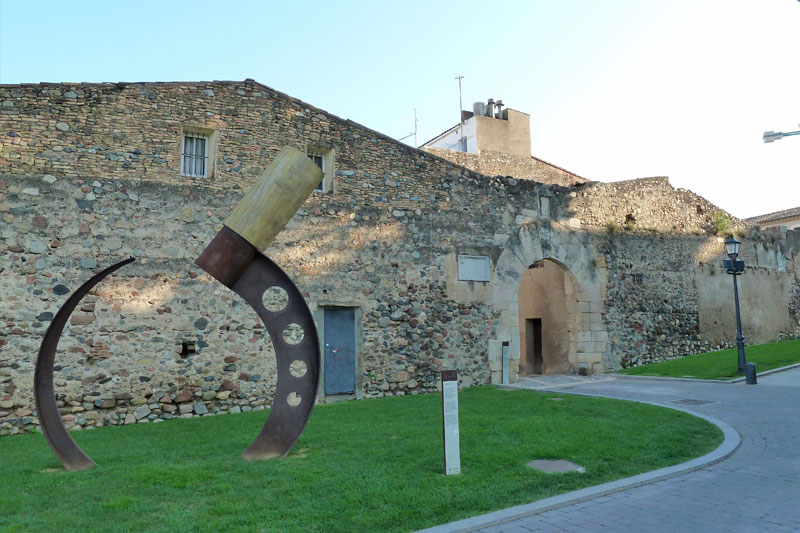